When a felon is released from federal prison, it is often for supervised release. This means that he lives at home, but there is a probation officer who monitors him and makes sure he complies with the terms of his release. If he was convicted of robbing a jewelry store, perhaps a term is that he not frequent jewelry stores, for instance. If he’s found hanging out at a jewelry store anyway, then he is subject to sentence revocation. This means that his release is revoked and the court can put him back in prison.

In sentencing a defendant whose sentence has been revoked, federal district courts must consider relevant factors under 18 U.S.C. § 3553(a) prior to sentencing. Such factors include the particular circumstances involved, the need for the sentence imposed in consideration of the purposes of punishment, and the options available. Moreover, sentences must be substantively and procedurally reasonable. Pertinent here, procedural reasonableness requires the court to “properly calculate the guidelines range, treat that range as advisory, consider the sentencing factors in 18 U.S.C. § 3553(a), refrain from considering impermissible factors, select the sentence based on facts that are not clearly erroneous, and adequately explain why it chose the sentence.” United States v. Rayyan, 885 F.3d 436, 440 (6th Cir. 2018).

In a recent case, Attorney Penix argued in the Sixth Circuit Court of Appeals that because a sentencing court failed to expressly articulate how it considered those factors, that its sentence on revocation was procedurally unreasonable. Applying a plain error standard of review, the Sixth Circuit found there was error. It explained, “A district court may explain its [sentencing] rationale in any number of ways, but what the district court may not do is say nothing at all.”

The Court of Appeals found that the defendant’s substantial rights were affected by this error and, as requested by Attorney Penix, vacated the district court’s judgment and remanded the case for resentencing.

To speak with a knowledgeable attorney about your appeal, contact the Alderman Law Firm today for a free consultation. 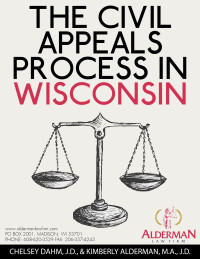